Exit devices are designed to facilitate the exit of people through an opening, usually a door, during emergency situations. An exit is an integral part of the door latching assembly, and it incorporates an actuating mechanism that allows the door to be opened when the door handle is pushed. The exit device is designed to permit the door to open fast, and in the direction of travel in which the people are moving. This allows the door to open outwards when people are trying to exit a building. Central to understanding exit devices is knowing how the actuating mechanism works.

The primary function of an exit device is to facilitate safe emergency egress from an anteroom, hall, or building. They are also designed to facilitate barrier-free access.

Moreover, some exit devices have fail-safe exit designs, and they are used to enhance security. Also, some exit devices incorporate authorized entrance features and this serves as a safeguard measure against unauthorized entry, and thus can be used to lock out thieves and robbers. This also means that one does not need to install an additional locking mechanism on the exit device, or use chains and padlock to secure the emergency exit; as this not only beats the purpose of having an emergency exit, but it also places the occupants of a building at risk should an emergency arise. This is quite noticeable in schools where school children usually panic during emergencies, and can logjam on the exit door if they are unable to open it, and if the emergency doors are improperly opened, a human stampede can ensue.

Some exit devices feature a compartmentalized design that allows them to incorporate both smoke and fire alarms. These exit devices also have delay, usually a 15-second delay, from the time the alarm is set off. During this delay, the door is locked so as to allow an authorized personnel to check out what set off the alarm, and this serves to ensure that criminals do not intentionally activate the exit device and open the emergency door so as to gain entry into business premises, storage depots, or residential halls.

Where is it Used?

Exit devices can be used in any door that needs to be latched, and the location and design of the door allows it to serve as an emergency door. Therefore, exit devices can only be installed in doors which have a latch, and this includes the following doors:

There are situations which mandate that exit devices must be installed and used, and they are:
1. High occupancy areas: In populated buildings, there is always a concern that an emergency can arise, and this mandates that an emergency exit must be provided for such a case.

2. Perimeter security: This serves to limit access into a restricted zone, and an exit device operates to allow authorized entrance while still facilitating safe exit of authorized personnel during emergencies.

3. Security systems: They are installed for access control, and exit devices complement the access control feature while proving a safe exit option during emergencies.

1. Crossbar: It cannot be chained.

3. Partial-length touchpad: It permits field retrofit, and is at least half the length of the door.

4. Flush panel: The door only shows the touchpad of the exit device.

5. Paddle: This type of exit device is usually used in hospitals.

Who Holds The Keys To Your Home?

Posted by Nancy Baker on Feb 2, 2017 in Locksmith Info

Keys can take control over our lives. It is imperative to keep things secure, but this can mean we end up strolling around with a bunch of keys too large to fit into our pockets. The guys at scottsdalelocksmithpros.net say it’s vital to keep track of them and ensure they don’t get into the wrong hands. With regards to something like a bicycle lock key or a gym locker key, we are probably not going to make spares. But with regards to house keys, we appear to be more willing than expected to have a few duplicates made, and give them out to other people. Given that our home is the place our most valuable belonging are, this is a small odd.

So How Many People Could Be Holding The Key To Your House? 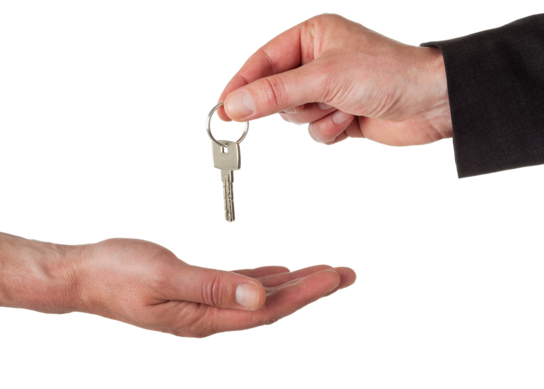 If you have stayed in the same place for some time, it could be more than you think. And despite the fact that you may have just given keys out to people that you know and trust, this could be dangerous. It could increase the danger of a key to your home falling under the control of a burglar. It boils down to a simple mathematics – the more people who have a key to your home, the more probable it is that one may get under the control of a criminal. Obviously, it’s sometimes good to give a spare key to one of your neighbors who you know well and trust, if you get yourself locked out.

It has happened to every one of us in any event once and having a spare key close by can be sometimes useful. In this way, if you are thinking about giving out a spare key, ensure you just give one key to one neighbor, to keep the risks as low as could reasonably be expected. There are a number of reasons why you should restrict the number of those who are inaccessible to your home keys, here is some of them.

Why should you limit those who have keys to your home?

1. Your Insurance Will Require It

If you are planning to take an insurance cover on your home, then you have to make sure that your home is safe in order for the claim to be accepted unless otherwise. If your keys are easily accessible and your home doesn’t have an alternative security option, then you can expect to be denied. It is ideal to restrict the access of your keys to guarantee that your insurance claim is accepted.

2. Save Money over Re-keying

If you have ever run a business that changes the locks each time you fire a worker or a key is lost, then you know how expensive the process can be. While most companies won’t have to stress over having this done on a regular basis, over time they can increase in cost. A financially reasonable option would be just to restrict the access of the keys. This will prevent some of the problems that might come out while avoiding the uncomfortable situation as well. This is particularly vital in situations where home key is lost and somebody discovers it and has full access to a building.

You need to keep everybody in your home safe and when you choose to use a restricted key method, you reduce the odds of somebody entering your home without your notice. Some homeowners are in fact turning to specific lock manufacturers that have additional features in them that will be challenging for neighborhood locksmith to make another key. Locksmiths will just legally be able to create keys to those with authorized security

4. is an approach to Restrict Access to your house

This method allows you to just allow certain people to enter your home. This can be greatly effective if you use an electronic key system for instance.

As you can see each of these reasons further show why it is important to restrict the access of your home keys to make sure that your home and family members are safe. Making your home safe is an absolute approach to show that you are think well about the area and the safety concerns of each one of those residing within it.